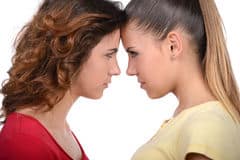 **UPDATE**  The 2015 Nevada Legislature gave the law a face lift to try and eliminate or reduce some of the unintended consequences and narrow the scope against whom the law originally applied.  Read the updates at the bottom of the post.

Mary is unmarried and has two daughters, Patricia and Janice.  Late in her life, Mary wrote a will giving everything to Patricia to the exclusion of Janice.  The will was validly signed and Mary had complete mental capacity when she signed it.  At the time of the signing, Patricia was caring for mother and helped her prepare the will.  Upon Mary’s death, Janice hires an attorney and contests the will, arguing that Patricia manipulated her mother to cut out Janice.  As elaborated further below, the date Mary signed her will is pivotal to Janice’s case.

Nevada probate attorneys have seen the above-described fact pattern, and ones similar to it, numerous times.  Sometimes the beneficiary getting the majority of the estate is a live-in caregiver or a much younger boyfriend.  The disinherited child may live out of state and have no idea that a new will or trust has been created to cut them out.  In many of these cases the result comes down to timing.

NRS 155 Can Dramatically Impact the Results Under a Will Contest

In 2011, the Nevada Legislature passed a law attempting to clean up the sometimes unfair results in such cases.  They added a section to NRS chapter 155 that had the effect of voiding transfers to anyone who met two provisos: 1) the beneficiary was a caregiver of the decedent or drafted or arranged for the drafting of the will, and 2) the beneficiary received more than their intestate share (an intestate share is how the law will divide an estate if there is no will at all).  If both requirements are met, the beneficiary would have the gift to them voided.

Applying this law to Patricia and Janice:

Where the law gets nasty is when Dad wants to leave his estate to his wife of 30 years.  However after he’s gone his kids from a prior marriage successfully void the gift.  The result is wife is left with only one-third of the estate under the laws of intestate succession.  Another example is when Mom wants to reward daughter with a majority of the estate for caring for her for in her home for the last decade of her life, but Mom’s estranged kids use the law to reduce daughter’s gift significantly.  Enter the Certificate of Independent Review.

A Certificate of Independent Review Ensures Unequal Gifts Are Honored

Anticipating these unintended consequences, the Nevada Legislature provided for a protection for these beneficiaries who were genuinely entitled to greater shares of the estate.  If the will-maker wants to ensure their gift is not rerouted by NRS 155 they would need to meet with an independent attorney (i.e. an attorney different from the one preparing the will), one-on-one, who will question them to confirm the gift is not a product of undue influence, duress, or fraud.  That attorney will then prepare a Certificate of Independent Review (“CIR”), which is just a letter confirming the gifts in the will.  Shielded by the CIR, the beneficiary can easily defeat claims to void the larger gifts to him or her.

The jilted beneficiary can still challenge the gift on any grounds, but the burden of proof shifts back to him or her, making such a case that much more difficult.

Do You Need a Certificate of Independent Review?

In certain circumstances I will recommend my clients acquire an independent review of their will and/or trust.  At first blush, it sounds like an expensive add-on, typically a few hundred dollars, that they’d rather avoid.  However, once I explain the purpose behind it, they recognize how it serves as a critical component in their planning.  In some cases, like the wife of 30 years, it’s a no-brainer.  The risk is not worth saving a little money.  In other cases, like where one child is getting a bit more than the other for some objectively justifiable reason, it’s a tough decision for the client.  If the kids get along and everyone understands and respects mom’s and dad’s wishes, then the cost might not be justified.  However, regardless of the circumstances at the time of signing, if anything within the relationships change down the road then the CIR would be a wise investment.

Also note that NRS 155 applies against any instrument affecting a transfer on death.  That includes wills, trusts, deeds, contracts, etc.

I often perform CIR interviews and prepare CIR letters for clients of other attorneys around Las Vegas.  For my clients, I can recommend attorneys nearby who can attend the signing appointment and meet with them at my office for the CIR.  If you have any questions about the CIR or the law around it, feel free to contact me.

Senate Bill 484 was approved in June 2015 and became effective later that year.  The effect of the bill was to narrow the scope and application of the law to reduce its impact on those not originally contemplated by the 2011 changes.  Some of the changes include:

As a result of these changes, I recommend CIRs much less frequently, but when in doubt I believe its better to have it done and ready for presentment given the dramatic impact not having one could have.

Mr. Cahill has spent his professional career dedicated to assisting clients with planning their estates, protecting their assets from creditors, and creating business entities to operate companies or manage investments.