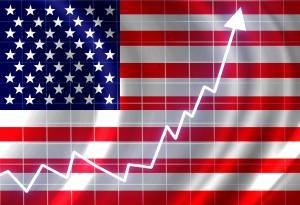 CNN announced today America ranks over Japan and the UK as the best place to invest your money. Despite our sour spells in the stock market in the last decade, experts say that the US has seen better returns than our competitors, giving us a marked advantage in the investment game. That’s not saying much if you look at the bleak economies of our counterparts. But in the scope of worldwide economy, the fact remains that U.S. is the smartest place to do your investing. Perfectly said by chief equity strategist at Federated Investors Phil Orlando, when it comes to investing, “the U.S. is the best dressed hobo at the fashion ball.”

Since 2009, CNN reported, S&P 500 has generated annualized total returns of around 16%. This number impresses stock investors around the globe, especially considering the depressing negatives in China and Brazil. The U.S.’s control of global stock market interests reflects our stabilizing economy that has been outdoing itself in terms of lowered unemployment rates, development in energy saving technologies and a shaped-up corporate America.

No Need to Fear the Worst

While next year promises higher interest rates, Orlando thinks Americans have nothing to fear when it comes to another stock market crash. In fact, Federation Investors predict that the S&P 500 will make a 13% increase by the end of next year and will continue to soar into 2016.  “The U.S. is still the place to be,” Orlando says.

Investors have a lot to be excited for in the upcoming years. With a stronghold on “disruptive technologies” such as robotics, 3-D printing, cyber security and cloud computing, America can achieve great numbers. According to Morgan Stanley, the U.S. expansion has the means of making history by lasting until 2020 or later. That would make this the longest expansion in history.

What are your thoughts on American investing?

Mr. Cahill has spent his professional career dedicated to assisting clients with planning their estates, protecting their assets from creditors, and creating business entities to operate companies or manage investments.